The Polish cellist Anna Mikulska and the French-Spanish pianist Philippe Argenty wish to gather the music of their roots and their respective sensibilities in a program that will make you travel from Spain to Poland, but also from Argentina to Paris… This musical world tour offered by the Duo Fortecello is breathtaking of diversity and virtuosity. The show is performed by two musicians, whose experiences through the most prestigious European Institutions brought them a cosmopolite and universal vision of the music.

To resume, the main goal of Duo Fortecello is to reconcile the largest audience with classical music, to make it live again and to propose concerts that are light, colorful and joyful.

This young duo has already performed in France, Spain, Italy, Czech Republic, Hungary, Norway, Germany, Poland, New York, China and Tunisia and other places. In March 2018 they played as soloists with Atlantida orchestra the outstanding concerto/fantasia for cello, piano and orchestra by Theodor Dubois in Guadalajara near Madrid.

They are playing concerts as well for retirement homes, public in difficulty, disabled persons and concerts for children (serie called "DF for kids!" since 2016.)

Duo Fortecello’s first album was released in 2015, tracing the first Opus of “Cello and piano World Tour”, the second, "Soul of Nations" in 2018 by KNS Classical and the third one "Chopin Ange ou Démon?" by Cascavelle Gallo in 2022. 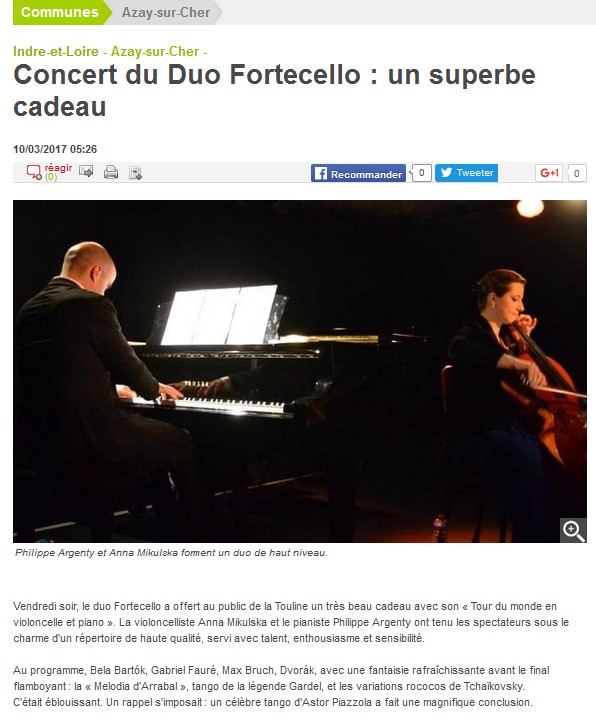 A beautiful piano-cello duet, recently installed in Vouglaisien, the French-Spanish Philippe Argenty has succeeded locally, organizing several concerts and festivals. On Tuesday night, thanks to the municipality and the celebration committee support, he has played in Notre-Dame de Lencoître’s church. In duo with the cellist of Polish origin Anna Mikulska, he has presented a very eclectic program named “Music World Tour”. In duo or in solo, the two musicians have performed for instance some Spanish cultural plays (Requiebros of Gaspar Cassado, Tango of Astor Piazzolla) or others from the Slavic Culture (Mazurka of Emil Mlynarski, Hungarian Rhapsody of David Popper) and have received warm applauses from the music-lovers experts.

“This musical world tour is breathtaking of diversity and virtuosity. These two young interpreters have rich and experimented careers. Through their performances they transmit a universal and cosmopolite vision of music, it is a delight listening to them but also meeting them”. 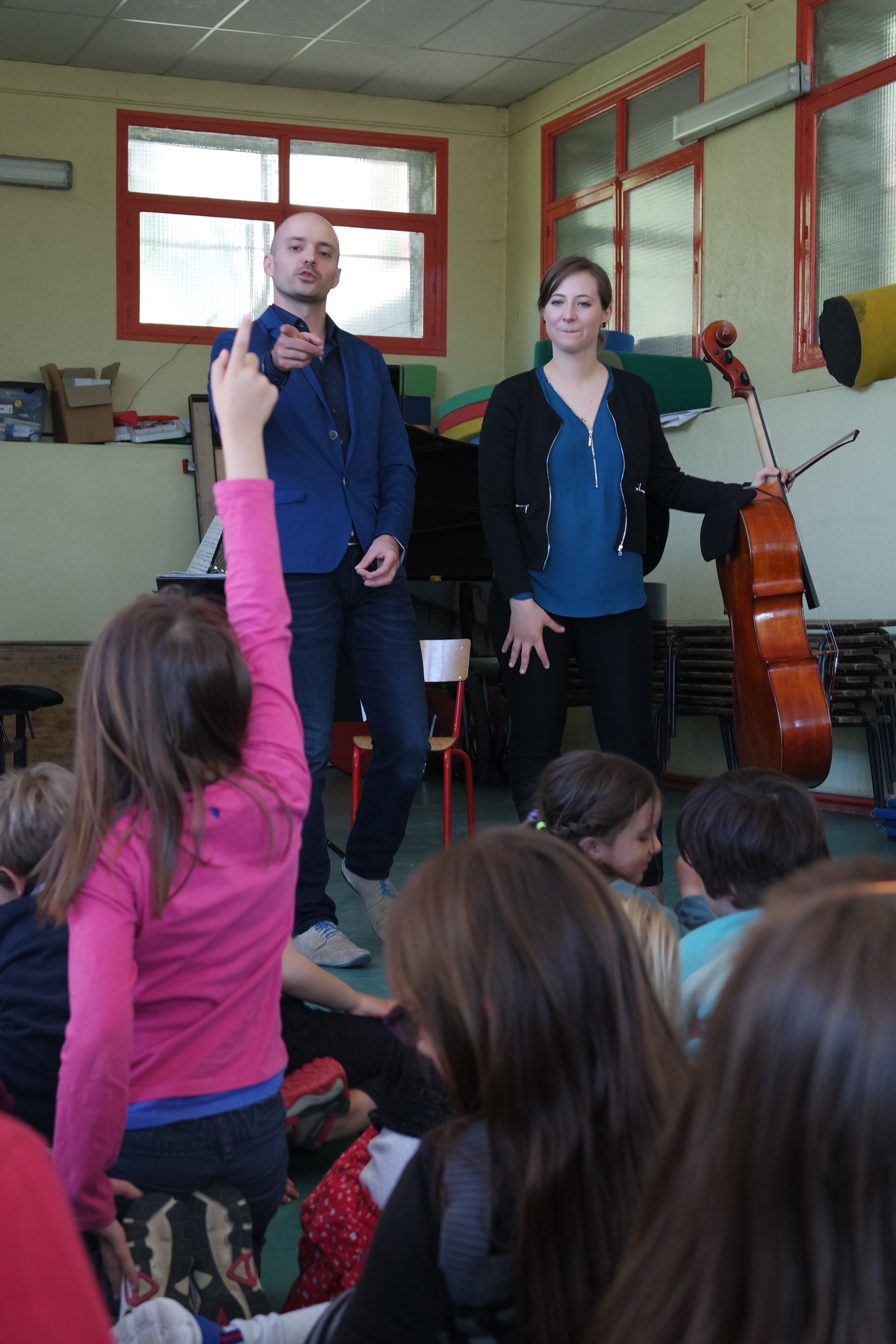 The two musicians have also dedicated their careers on performances for the young public (kindergartens, primary schools, middle schools and music academies).

During the “Cello and piano world tour”, Anna Mikulska and Philippe Argenty offer an exhaustive presentation of all aspects of their project and of their professional life as musicians:

- Cello and piano presentation, with sound and visual supports, giving children the opportunity to discover the evolution of these instruments throughout the centuries, as well as their musical possibilities.

- With sound and visual extracts, musicians explain to the children similarities and differences between traditional, popular and classical music, and the fusions that have taken place throughout the centuries.

-    Exchange-time between musicians and pupils in order to make them discover the life of a musician and the backstage of a concert.